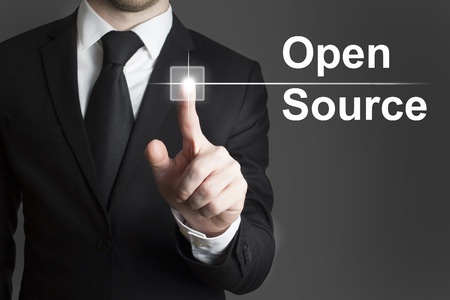 While it’s been rare or otherwise uncharted waters up until now, Apple has recently released its multi platform and OS-friendly programming language and platform; known as Swift.

Swift is very easy to use for designing programs, observing, learning, and modifying software from scratch—similar to that of the elements of C++ or JavaScript–for example.

People turn to and prefer open-source computer languages over others as it not only provides in-depth flexibility, but also allows for deeper exploration of the language which in turn triggers greater creativity.

In fact, to date, Swift has been getting more and more feedback and utilization for designing already at least 100 Apps fit for Dell’s IBM world and business to enterprise platforms and demands.

A Boost for Apple

Luckily for Apple, as Swift was built with and alongside of the apple iOS in mind, it is now in turn bringing much more exposure and desirability to the platform itself, as well as corresponding products in which utilize the OS—such as iPads and iPhones.

So while Apple has been hesitant or refused to “share” it’s OS and programming strategies with open-source networks and the public in the past; it’s most recent move in designing, initializing, and sharing Swift as a computer language and programming node with the public now opens the door for tremendously increased product-awareness, marketing, sales, and overall application and desirability.

This type of technology, Swift, allows users to create all sorts of great apps, not limited to only business or enterprise-based applications or purpose. In fact, thanks to this contribution, the more utilization and App design that is produced with swift, the more flexibility, modernization, and overall evolution that can likewise be anticipated to include said new computer language for other designs and purposes as well.

It should be no surprise, as Apple makes efforts to collaborate with IBM technology, that Swift pulls a hard focus on Linux OS. In fact, unlike previous computer programming languages and platforms, Swift is easily cross-platform, can serve a magnitude of purposes, through various operating systems, and will not be difficult to merge or migrate from one device to the next—such as a computer directly to your mobile device.

The Future of Mobile Technology

Given today’s modern and continuously evolving technology, it should be no wonder that individuals and businesses alike are seeking the opportunity to merge and utilize new applications or language software’s more and more to enhance their overall business model and schematics.

With that being said, given the nature of Swift, its relationship to IBM-based programs, the open-source technology nature of this language, and Apple’s otherwise absent record to date of such an approach; it should be no wonder that many speculate a long-term continued relationship is likely to take place between Apple and IBM—even with the potential of perhaps one day a “buy-out”.

However, before considering such, some might point to the market-like realities that with supply and demand come greater sales, and by this it’s meant to indicate that without competition, if there’s only one service (product, such as Apple) provider that the quality could easily drop, decrease in demand, face a value drop, and even experience prices unfairly increasing—as to demonstrate why such a monopolizing “strategy” is typically abated or otherwise prohibited in today’s business world.