IT giants IBM and Microsoft had tussled fiercely in the nineties with the aim of dominating the holy grail of the online world-emails. But competition between the two soon fizzled out as Microsoft’s dominance was pervasive with Exchange as it became the standardized format to be used for emailing. IBM, on the other hand, was left twiddling 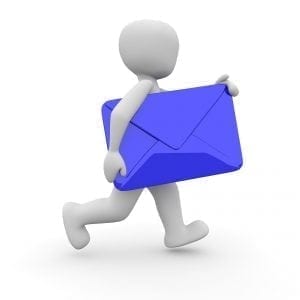 its thumbs with Lotus Notes despite the offering having more interactive collaboration and administration tools. That Exchange’s email structure was more user-focused compared to Notes was what enabled Microsoft to ride roughshod over IBM. However, the turf wars might yet again be looming on the horizon with IBM’s proclamation of a cutting-edge email offering-Verse.

The email skirmishes of the 1990s

If you kept yourself in the loop about the email conflicts of the 1990s, you must have lapped up the aggressive conflicts between the IT behemoths for dominating the electronic mail territory. Microsoft’s Outlook which was innovated by a team that upstaged the unit overseeing the development of Exchange was nearly on the brink of being discarded. Outlook was on the way of meeting the same fate as Chrome effects that sunk without a trace.

IBM had taken over Lotus and could have edged past Microsoft with Lotus Notes but GE’s Forced Ranking employee ranking methodology spoiled the show. Microsoft’s top management, either fortuitously or by design, did not introduce Forced Ranking and thus Exchange was spared from being sidelined, and you know what happened eventually.

Dominance can be heady and can backfire

That you need to adapt with the times and periodically reinvent yourself doesn’t apply more than in the world of information technology. You cannot afford to rest on your laurels and Microsoft surely was on its feet right from the 1990s through to the time it drove Netscape out of the market by unethically bundling IE with Windows. Microsoft was so smug with IE that even misfires of some Window releases could not help it shake free from its overconfidence that the browser will dominate smartphones. Windows looked good on desktops and laptops but were elbowed out by Apple, Google, and Amazon when it came to interfacing with tablets and smartphones.

However, Microsoft continued to dominate the email scene with Exchange as it received an impetus courtesy the plethora of open-source platforms ensuring that Gmail kept occupying the maximum consumer space. Even entrepreneurs and business organizations persisted with their use of Exchange as the preferred commercial email platform despite the fact that Outlook remained static and looked pretty much the same as it did in the nineties.

IBM is poised for a comeback with Verse

The rumor mills are agog with buzzes that IBM can pose a serious challenge to Exchange with its Verse offering. And to up the ante against Microsoft, it has entered into a tactical alliance with Apple to shore up its marketing arm and add teeth to this department. IBM has seen to it that Verse is unmistakably user-focused and done away with the antiquated LIFO (last in first out) email supervision system. Verse places the user at the nerve-center of attention by adding layers or stratum with respect to perceptive computing in order to mechanize greater part of the emailing process as well as immunizing the user from committing project inhibiting or career damaging gaffes.

Appropriate utilization of Verse will mean a self-developing and correcting email assuring the writer that there are no grammatical or spelling errors. Additionally, the offering ensures that even the email’s intonation is relevant. The editions of Verse in the future will allow the user to concentrate on messages that demand his or immediate attention as the version will come with add-ons that’ll help in responding to routine questions that are sent via emails and instant messages. What IBM now needs is a CEO who has to be more user-directed to make Verse more user-intensive.