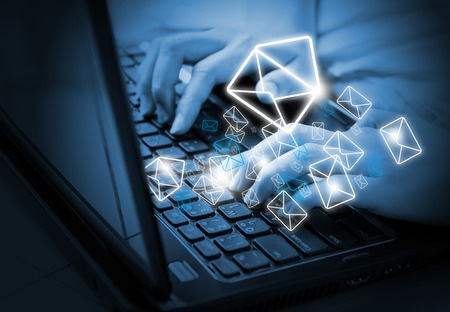 As one of the greatest technology inventions known to man, email has set the stage and for the past half-century ensured precision, punctuality, and an immediate network not only to communicate with fellow loved ones, friends, and employees but also via the government. It has evolved tremendously over time and is a key contributor to the efficiency of operational success of major corporations around the world. Put simply, email is comparably as important as the telephone as far as the communications industry goes.

Although, just like any great technology invention, it has it’s drawbacks and is expected if to remain popular to move with the current world’s demands and the future it has ahead. Whether it’s avoiding last night’s date or setting the date for your next big business move and making sure everyone catches the wind, e-mail has literally ensured that billions of different ideas, imagery and the text has reached people all over the world and continues to do! In fact, many people from all walks of like would easily agree that e-mail, along with the Internet, has played a major role in ensuring democracy, no matter where you live or what it is you’re looking to achieve.

Moving back to modern, technical relevance consumers should anticipate – no matter the nature of business – a significant move over the next few years but as soon as year or two which focuses more on writing, or having pre-written (or automatically written) emails and correspondences that sort of ‘write themselves’. By this we mean ones that are compiled of much shorter lengths of text, use many popular emotions found on major networking sites like Facebook or Twitter, and still more or less achieve the same message – no matter how important. While this is definitely a concept still in the making, thanks to studies across the globe and what even might seem obvious to many, users find not only convenience but also added personality and a way to personalize their message to their recipient – or recipients.

The next big technological innovation goal is to develop and include more active artificial-intelligence when developing and utilizing e-mail interfacing. Beyond just automatically scheduling events on one’s mobile device or computer per an Android or Apple app, an interface that actually specializes in this feature, and is focused on maximizing both communication and personal or ‘virtual support’ for both senders and recipients. From guessing your next words, to filling in the subject line for you- these are just a few interventions in the making. Also, support for adding and removing subjects, and moving away from the ‘CC and BCC days’ to something more evolved and productive, such as a “Share” feature across the board of major email service providers and platforms.

It’s by no means far fetched to assume the possibility of Facebook or LinkedIn being used to process, send, and receive emails – in fact, Facebook has in the past installed this feature. More importantly, as mentioned earlier cross-platform use will become a necessity in efforts to keep everything organized, and along with a “Share” feature the actual email service provider platforms themselves will likely become fused together.

A major challenge right now which may seem minuscule, such as a lack of ability to “comment” on BCC’s or CC’s without having the message distorted, disorganized, or having to adjust and take parts out can waste significant time, and is just begging for a revamping of its systematic features. While uncertainty looms over which email provider, major, or even private firm will be responsible for the most upcoming advanced, user-friendly, while ‘user-smart’ email interfaces, many people, fans, and tech experts alike would consider Google to be one of the main competitors. As various email, networking, media, and social networking sites continue to expand, when one ‘absorbs’ or buys out another one can only hypothesize that this could very well lay down the framework for the future of email.