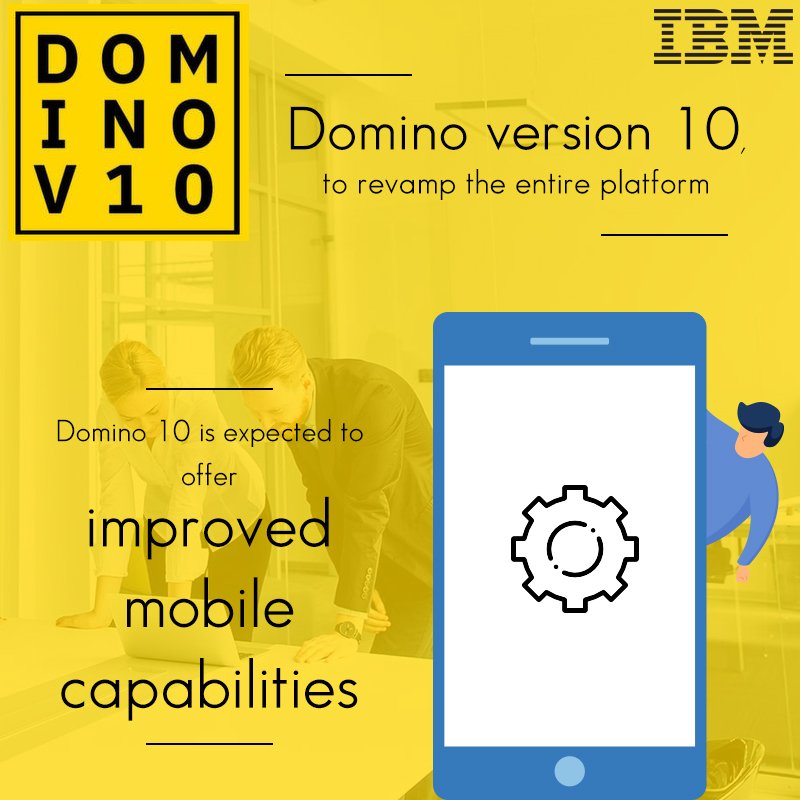 Nowadays, IBM is doing everything they can in order to keep Domino, as a 29-year-old platform, as relevant as possible to modern app developers and IT shops. However, there are some big changes ahead, which can significantly change the entire platform!

Ever since 2013, no significant update was released, but the upcoming Domino version 10, which is expected to include the Verse collaboration tool, using analytics to help a user decide which email messages are a priority, but also the Sametime collaboration tool, considered a competitor for Slack and Microsoft Teams.

Domino 10 is expected to offer improved mobile capabilities, but also feature a broader cross-language compatibility, as well as support for the CentOS operating system, allowing users to create Docker containers, whether on-premises or in the club.

But this is not it, since the next update will bring much more!

IBM Domino Mobile Apps is a client-based application, currently in a beta stage, which allows developers to create apps – for executives and remote users – compatible with iPads, with no additional programming efforts. And this will be great news for a lot of users, as adding iPad support for mobile users is one of the oldest demands of the community!

After the update, corporate developers will be able to enhance their applications with the ability to access the tablet’s GPS and camera, not to mention that they can use already existing Domino apps to work both online and offline, no matter the location, and sidestep a lack of connectivity.

As a side note, Domino version 10 is compatible with JavaScript, so developers can integrate and put together new apps relying on Domino data, but also on any available REST APIs that reside on a full, web-based software stack. And these are just a few of the new features we’re looking forward to seeing!

“In terms of our future vision, we recognize that people want to do full-stack development, but they also want to do all the other stuff they have been doing since 1989,” said IBM Domino’s Andrew Manby. “This is to say they want to build and implement applications quickly. There is a huge space for us now around low code to do just that – something we have been doing for decades.”

Unfortunately for artificial intelligence and machine learning enthusiasts, Domino version 10 won’t be focusing that much on these two concepts, but the same Andre Manby says that we should expect to see them in later versions, in order to aid developers to build various information repositories, useful for support scenarios.

“It would be very easy for us to add AI and cognitive for searching data, especially since we added JavaScript, and also how Domino works with [IBM] Connections and other parts of the Watson portfolio,” he added.

If you’re looking forward to integrating the upcoming update into your business, you can always ask IB Systems for more information. A certified IBM Business Partner since 1996, they have all the required background to provide all the details you need!