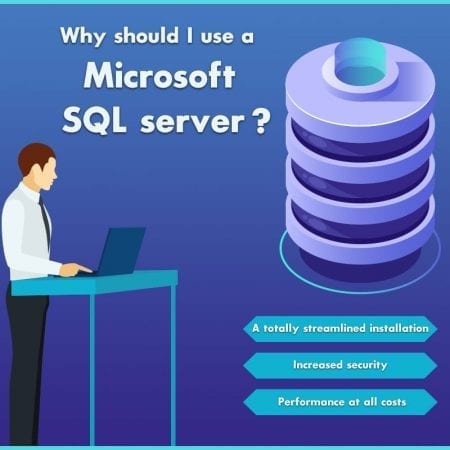 Back in May 1989, the first version of Microsoft SQL Server was released, in a moment which can be considered the start of a legacy. Just one year later, the 1.1 version followed, being the first to support Windows 3.0, but also offering several advantages to early adopters.

A lot of time passed since then and Microsoft’s solution is still alive and kickin’! In fact, one of them, Microsoft SQL Server 2008, remains one of the best solutions for storing personal contact information, but also home inventory, financial records, and many others.

If you’re still sceptical about doing it yourself, let’s take a look at the superpowers Microsoft’s solution has and why it’s actually worth using it.

Keeping it short, the server can be installed with ease, using a setup wizard. The latter is able to auto-detect downloads and installs, but also all the prerequisite updates it needs. Therefore, the installation process is not complex at all, so anybody can do it. Simple as that.

As for the individual components which can be installed, like Database Services, Analysis Services, or Integration Services, you can also install them, but separately. Finally, in terms of security, the patches are installed automatically, in order to reduce the costs of maintenance.

Speaking about keeping your data safe, Microsoft SQL Server 2008 includes strong authentication features, as well as access protection, which are a few big pluses. Also, the password management features were also improved, in order to allow users to use stronger passwords and, of course, avoid changing them very often.

A feature worth mentioning is the fact that only authorized users can access the database, due to the integration of Policy-Based Management, able to decent any non-compliant security policy.

Performance at all costs

Microsoft built the latest version of their server solution with one thing in mind: making it as performant as possible. Therefore, it features transparent data compression, but also built-in encryption. Also, it comes with efficient access control, while offering an overall improved performance, when it comes to data collection. As a bonus, it integrates nicely with the Microsoft Office suite.

Even though Microsoft SQL Server 2008 is able to deal with ridiculously big databases, with sizes of up to 524 terabytes, thanks to its ability to compress data, the size of the final database can be reduced a lot!

When you’re installing SQL Server 2008, you’re getting a few really nice bonuses, like data management, disk partitioning, as well as data mining tools. And we’re not done, since Enterprise Reporting and Advanced Security are also included, without paying anything extra. Sounds pretty good, don’t you think?

Looking forward to implementing a database solution for your company? IB Systems’ team has the experience and knowledge for this, being specialized in deciphering Microsoft SQL Server’s secrets, starting with the version from 2000 and all the way to the most recent one.