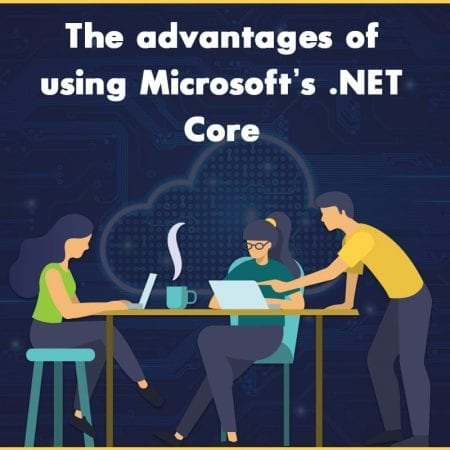 Lately, Microsoft has completely re-examined its PC-based business model, as they have most likely predicted how, in the future, there will be a huge focus on cloud computing platforms. Therefore, the tech giant decided to start their very own OS-agnostic business, through serious expansions.

But still, what are the main advantages of using Microsoft’s new framework? Let’s find out together…

Development, testing, and deployment, in an instant

It’s not a secret that making the first steps in web development with ASP.NET is seriously time-consuming. Still, ever since the release of .NET Core – otherwise an open source solution – developers became aware of the fact that the new framework’s possibilities, but also the fact that it can be used with various text editors, including the likes of Sublime Text, Atom, or Visual Studio Code.

Another aspect that we really like is the “Save & Refresh” approach. Basically, this makes it very easy to see the code change effects, but without any deployment at all. Simply write your code, save the work and refresh your browser in order to see what you’ve done.

Finally, .NET Core includes a built-in memory database, which turned out to be an incredibly useful one, especially when it comes to unit testing, but also testing automation practices.

It’s friendly with other platforms

Moving on, Microsoft’s framework makes all the compatibility problems faced by developers forgotten. Considering that all .NET Core framework-based apps are all standalone, they already have the runtime setting. Technically, this means that they don’t depend on the operating system you’re using.

Basically, you can set up apps to run on, let’s say, Windows, in the same way, they run on MacOS or Linux. How cool is that?

And as a side note, the framework is compatible with several database engine platforms, from which we remind SQL Server, MySQL – of course -, My Car, Oracle, MS Access, and many more.

It has everything you need to create cloud apps

Another advantage of .NET Core that’s really worth mentioning is that it’s designed – not especially for this, but it does an excellent job at it – for building high-performance cloud apps.

The framework comes with all the tools you need, as well as the templates needed by developers in order to put together their cloud apps in no time.

So, are you going to give it a try?

IB Systems can assist you with using .NET Core, thanks to its team of skilled developers. Whether you’re after complete software solutions or consultancy, here you can find all the information you need about Microsoft’s framework, as well as many more programming languages, databases and platforms.