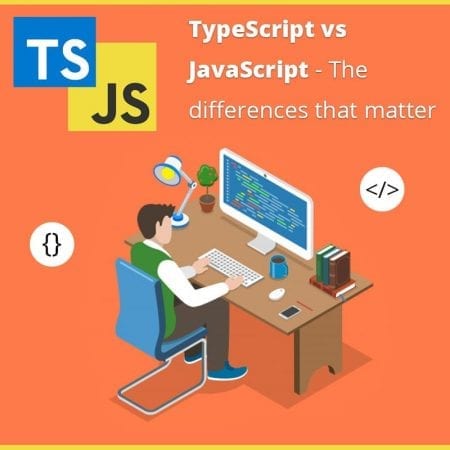 Yes, we are actually going to try comparing these two, but before venturing into this, let’s take a few moments and find the essentials about TypeScript and JavaScript languages, shall we?

In a nutshell, TypeScript is an open-source programming language, licensed under Apache 2, and considered by many as a superset of Javascript. It can be used for large apps, but also trans compiling to JavaScript. Basically, this means that it’s actually JavaScript, but with a few extra goodies.

As for JavaScript, we can say that it’s been here for a while and it’s a dynamic programming language, used in web development to enhance HTML pages. Simple as that.

Still, this is where the big question comes in: which one of these two is actually the best? Well, in order to answer this, we need to go through the major differences between them. Therefore, a head to head comparison seems mandatory.

First of all, TypeScript is a compiled language oriented on objects, while JavaScript, in contrast, is a significantly lightweight, interpreted programming language. Also, it’s important to mention that the first it’s especially used in client side, while its ‘enemy’ can be used both client-side and server-side.

Moving on to the syntax of the two programming languages, which basically defines the set of rules for writing programs, you should know that a TypeScript program consists of modules, functions, variables, statements and expressions, as well as comments. JavaScripts is a bit different, as all the statements are written in such a way that it tells the browser program to begin interpreting all the text between tags as a script. A bit complicated? Maybe, but not that much.

Ok, let’s focus a bit on the benefits of both languages, because, well…there are quite a lot of them!

Starting again with TypeScript, it’s considered as the better option for large coding projects, but also for collaboration. Also, thanks to features like ECMA Script 6, code, dynamic typing or auto-completion, developers can easily increase their productivity.

JavaScript shouldn’t be ignored either, as it has a ridiculously big community of developers, which means that it’s automatically the more popular language. And this is just one benefits, as it also supports native browsers, considered by developer a big plus. Finally, it also offers more flexibility, which matters a lot! We can continue discussing the differences between the two programming languages for a lot of time, but we believe that we managed to make our point with the ones mentioned above.

As you probably guessed, we won’t say which one of these is the best, because each of them has its pluses and minuses, so the final choice depends solely on the developer and their purpose.

If you don’t know which one of them is the best for what your business needs, the team of professionals at IB Systems can help you find the answer. With over 20 years of experience and solid knowledge of programming languages, a simple call with them can put you and your company on the right path.