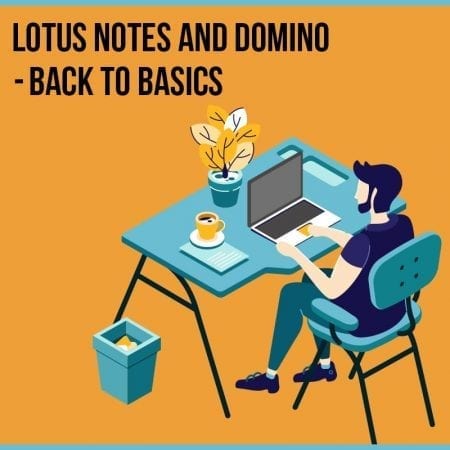 Back in December, IBM announced that Lotus Notes and Domino, alongside Sametime and Connections, will be sold to HCL. And even though it’s almost a year since then, the deal is far from being completed, due to the regulatory process.

On the other side, the future of Lotus Notes and Domino was made clear enough, followed by the imminent launch of the 10th version of the latter, which happened – funny enough – just before the above-mentioned announcement.

Still up and running!

One thing is clear: Domino-based apps are still incredibly important in a lot of offices. Sure, a lot of them found alternatives to the Notes email client, like Outlook, but Domino apps are still standing strong.

So yes, Domino is still present in many back offices, doing their job in supporting businesses, despite this presence being a well-kept secret among many offices. Why? It’s easy: companies use software licenses to Microsoft and IBM, in order to keep Domino.

Domino: Back to life

Surprising or not, IBM left Domino somewhere in the back of the room for a few years, neglecting its capabilities.

But once Domino 10 was out, it looked that IBM was finally aware of what this amazing piece of software can really do.

Let’s take the following example, in order to better understand things: IBM’s Domino App Dev Pack is an incredibly useful tool, enabling JavaScript and Domino devs to build – but also enhance, then integrate – new apps, by using the data it provides. Let that sink in for a moment. And this was just the beginning of the rebirth…

A newer version, Domino 11, is currently ‘under construction’ and promises to be even stronger while used as a low or no-code environment. Just imagine the future-proof apps built using Domino will receive continuous JavaScrip support!

And this is not everything…

The 11th version will also bring a way of running Domino apps on mobile operating systems, like Android or iOS, thus opening up new use cases, taking advantage of the platform’s one of a kind features. Through this, developers will be able to use data without a network connection.

What should we expect?

As mentioned in the beginning, we’re looking forward to a…return to the roots for both Lotus Notes and Domino. To be more specific, we expect a tool able to facilitate fast app development, but also an advanced way of modernizing the already existing legacy apps.

In order to see Domino still present on the market, the main focus should be on acquiring new customers. But this shouldn’t be a problem, considering how fast apps can be developed using it!

However, despite knowing a lot of things about future plans, there’s still a lot of uncertainty surrounding Lotus Notes and Domino. Yes, users sent a lot of positive feedback until now but there’s one problem that’s not difficult to observe: HCL should totally revamp its marketing strategy, in order to acquire new customers. And for a company used with doing service business, this could be a pretty challenging mission.

But, as big fans of both Lotus Notes and Domino, we strongly hope that they will be around here for at least a few more years!

Looking forward to integrating both of them within your company? The team at IB Systems can help you!

Whether it’s customized Lotus Notes and Domino web apps development or administration, as well as migration, installation, and support, they have been successfully providing such services and consulting ever since 1994 and eventually becoming an authorized IBM Lotus Foundations Partner.